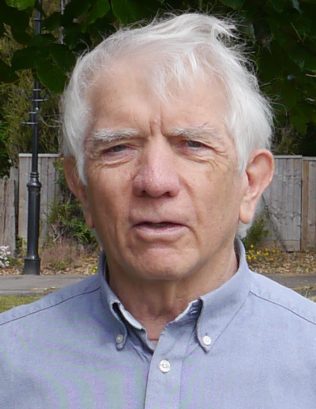 We are delighted to announce that Barry Jolly, Editor of our Occasional Magazine has been presented with “The Local History Award for personal achievement for 2020” by the British Association for Local History.

The purpose of BALH is to encourage and assist the study of local history throughout Great Britain as an academic discipline and as a rewarding leisure pursuit for both individuals and groups.

These awards for personal achievement in services to local history are presented annually as a means of publicly honouring those who have made a significant voluntary contribution to local history. Further details may be found on the website www.balh.org.uk @BALHNews.

The Award to Barry Jolly is for “Promotion of local history of Milford-on-Sea through local and national journals, events and exhibitions”.

Barry has researched the family of Mrs M A T Whitby of Newlands in Milford over many years. As Mrs Whitby came from a naval family herself before marrying another naval officer, Captain John Whitby, his research has extended to cover Admiral Sir William Cornwallis and the other admirals of Milford leading to a prodigious output of articles published in national and international journals.

He was a leading organiser of the Cornwallis Remembered celebrations in Milford and of the “Command of the Seas: The Navy and the New Forest Against Napoleon” exhibition at St Barbe Museum and Art Gallery in 2019. He has also given a number of talks to local organisations. As Editor of the Society’s Occasional Magazine, he has done much to create a readable, respected and thoroughly researched source of information on Milford’s history.