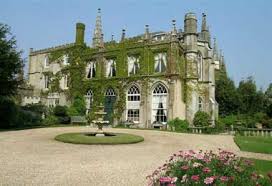 zoom
Newlands Manor in its heyday
Photograph in the public domain

Newlands, never actually a manor but thus named in the nineteenth century to gentrify its status, is one of the most important houses in the village. It was built in the late eighteenth century, probably for Sir John D’Oyly then resident at New Park near Lymington.

D’Oyly’s shaky finances led to his leasing in 1800, and then selling in 1802, to the Hon. William Cornwallis, one of England’s most famous Admirals. A lifelong bachelor, Cornwallis left the property to the wife of his protege, Captain John Whitby. It then passed progressively to Mrs Whitby’s daughter (Mrs Theresa West), and to her son William Cornwallis West.

Each generation left a different stamp on the property. The acquisitive Mrs Whitby extended the estates, developed methods of silk production, and left a number of etchings produced on her own machinery together with a collection of water colours now in the possession of the Society.

Mrs West created a museum largely devoted to all things Italian. This was to be kept at Newlands in perpetuity, but did not survive the next generation.

Patsy, the flamboyant wife of William Cornwallis West, was a favourite of the Prince of Wales and was largely responsible for extravagant house parties hosting Edward VII (after his accession) and Kaiser Wilhelm II together with many of the leading aristocracy of the day.

The extravagance resulted in the sale of the entire estate by West’s son George in 1920. Newlands itself was later converted to apartments. It was listed (Grade II) in 1953.

Various members of the Society have written on Newlands. With more being discovered even today, its curious history continues to be revised:

Also important is The Life and Letters of Admiral Sir William Cornwallis by George Cornwallis-West 1927 ….
…. whilst there are a number of more sensationalist accounts of Patsy’s life and amours.