Occupations in Milford in 1911 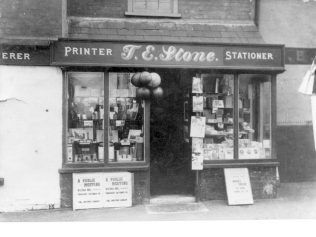 According to the 1911 census some 55% of the population of Milford were employed.

The census recorded the occupation of those who were resident in the village and not where they worked. Moreover not everyone who worked in the village would have lived there.

The most popular jobs

The largest employed group was domestic servants at 355 with some households employing as many as 16. Most would have been live-in servants. The next largest group was of 153 skilled tradesmen including carpenters, butchers, printers shopkeepers, bricklayers, blacksmiths and millers – many of these, of course, were self-employed. Farming occupied 118 persons and the group of gardeners was 103. Gardeners might include small scale farmers or market gardeners, but many would be looking after the larger grounds of some of the big estates such as Efford Park, Newlands, and Everton Grange.

There were 45 persons associated with laundering clothes and fabrics either in some of the larger houses or taking laundry in or being employed at Milford Laundry. Postmen and carters kept the communications going between the village and neighbouring communities and 30 were occupied there.

Teachers and governesses amount to 10 in the 1911 census with at least three employed in the Church School. Professional persons numbered 20 including doctors, architects, lawyers, and ministers of religion. Finally Hurst had a garrison of some 20 men and officers.

Interestingly the number of fishermen is not clear as some declared themselves to be part-time or, perhaps, not at all.