You are here: HomenextHistorynextPeople and FamiliesnextAn Officer and a Gentleman

An Officer and a Gentleman 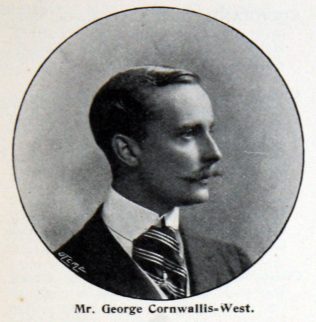 zoom
Photograph in the public domain 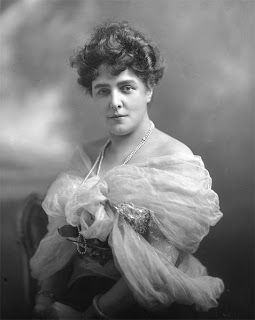 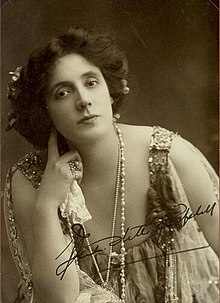 Born George Frederick Myddelton West in 1874, but better known as George Cornwallis-West after his father hyphenated his names, the last of the West family in Milford died by his own hand on 1st April 1951.

George was a dashing, handsome officer in the Scots Guards, serving his country in the Boer War, but not too proud to take on the unrewarding position of Assistant Provo-Marshal during and after the Great War. He loved horse riding, claiming to be the army champion, and suffering severely in the heat of South Africa as a consequence. He also loved fishing, writing a book on the subject.

After the army, he worked as a financial consultant, acting with the utmost integrity.

Domestically, life was more difficult. Starved of affection by his mother, his first two marriages were to widows many years his senior: Lady Randolph Churchill the widow of a former Chancellor of the Exchequer and Mrs Patrick Campbell the actress. Through these, he developed an interest in the theatre, but very much to his ruin. Money flowed through his fingers until he was declared bankrupt in 1916. He vowed to repay every penny, which he did, but at the price of selling the family estates in Milford.

He wrote two more books – one on Admiral Cornwallis, the other an autobiography.

The transition from a privileged up-bringing in Victorian England to his last days in post-war Labour Britain, allied to Parkinson’s Disease, was too much for George. His suicide was carefully planned. Reading his books and a later – and aptly named – biography by his literary agent, it is difficult to avoid the impression that his choice of April Fool’s day  was quite deliberate.