You are here: HomenextHistorynextMilford at WarnextMilford-on-Sea and The Great War

Milford-on-Sea and The Great War 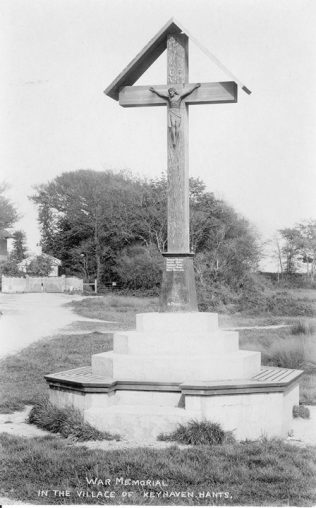 By 1914 Milford was developing a strong community identity supported by the growing retired and wealthy parishioners.

Committees were speedily established to meet the needs on the Home Front as well as the War Front on mainland Europe. Experienced and active people were supported by local finance.

All were encouraged to support the war effort: schoolchildren knitted scarves for the soldiers, women made medical supplies first at Carringtons then at the Knoll. Over 250 from Milford served their King and Country in the armed forces, at home some the Women’s Land Army to safeguard food supplies.

Over the four years of war Indians, Londoners and New Zealanders were absorbed into Milford while personal liberty was curtailed, and families suffered the loss of loved ones. Milford was proud of its efforts and commemorated the sacrifice of those who served and died through the creation of two war shrines and the dedication of the Memorial Cottage Hospital

Cockram and Williams, “Milford-on-Sea and The Great War”, 2006, John Cockram