The Census of Religious Worship 1851 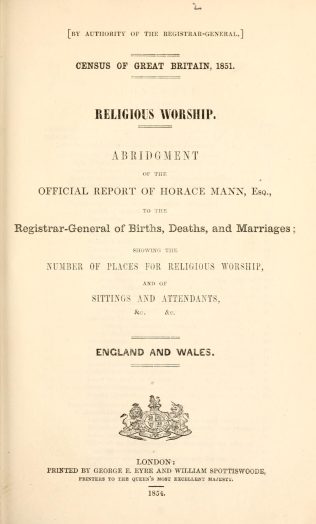 The only Census of Places of Worship ever undertaken in England and Wales was in 1851. 1800-1851 was a period of significant change in Milford.

The relocation of Hordle church in 1830-31 using the stone from the old church for the new would have meant the congregation at All Saints, Milford would have swollen for a while. In 1839 St Mark’s at Pennington was consecrated relieving some of the pressure. In 1832 Milton church was rebuilt except for the tower, although this information was not included in the returns. The north aisle in Milford church was rebuilt and widened in 1845. Baptist churches were opened in Milford and Ashley in 1816 and 1817 respectively and a third is recorded as having been founded in Pennington in 1850.

Two churches in the wider Lymington District are identified as members of the Countess of Huntingdon’s Connection, an independent Methodist church. The Countess Huntingdon was also known as the Lady Selina Hastings. Her daughter married John Rawdon and their son became the 1st Marquis of Hastings. In 1851 the 4th Marquis of Hastings and his sister Lady Victoria were living at Efford House, Milford.