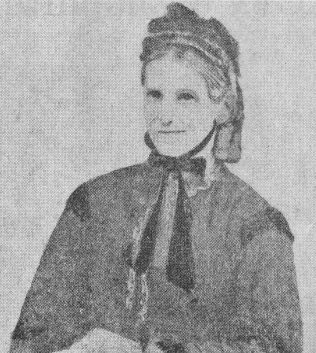 Mrs. Mary Ann Girling (1827-86), experiencing a divine call and convinced of an imminent Second Coming, attracted adherents through itinerant preaching to a brand of religion that involved utopian community life and promised immortality through strict adherence to her teaching.

Through a benefactor a commune was established in Hordle in 1872, which grew to 160 men, women and children and lasted three years. Their Sunday religious meetings became a tourist attraction, especially for the spontaneous dancing when “moved by the Holy Spirit”, whence the nickname “Shakers”.

When the commune collapsed financially, the members were evicted and their possessions sold at auction. They found temporary shelter locally and eventually settled in Tiptoe, but the community broke up at Mrs. Girling’s death.