You are here: HomenextLotterynextThanks to the National Lottery

Thanks to the National Lottery 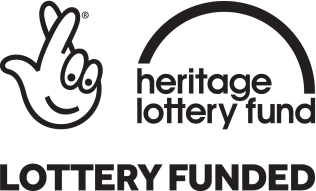 The first recorded English official lottery was chartered by Queen Elizabeth I in 1566.

It was drawn in 1569 to raise money for repairing harbours and port facilities at a time when the country was trying to expand its export market around the world. Tickets were ten shillings each and the first prize was £5,000. All ticket holders were promised freedom from arrest for all crimes other than murder, felonies, piracy or treason.

During the 17th century other lotteries were part of a series of measures to raise revenue to build an aqueduct for London, to pay for the Nine Years War against France and to finance the building of the British Museum. All this time lotteries were the only form of organized gambling available to the people but abuses by contractors led to their being outlawed in 1826.

The present National Lottery was set up under Government license in 1993, the franchise awarded to Camelot and the first draw held in November 1994. Billions of pounds have been raised and distributed to good causes in the areas of health, education, environment, sports, arts and heritage. The New Forest West constituency, which includes Milford-on-Sea, has in total been awarded £4.3 millions of Heritage Lottery funding.