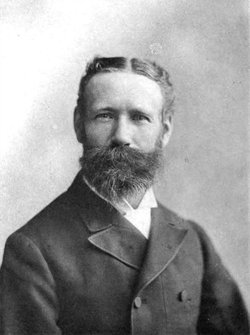 The grave of William Saville Kent at All Saints, Milford was once adorned with coral, a tribute to his status as a leading marine biologist of his age.

His life was by no means easy. His mother died when he was young, his father had an affair with the governess (whom he later married), and his three year old step brother was murdered at home. The detective sent from Scotland Yard, Mr Whicher, harboured some suspicions that William may have been implicated, albeit as an accomplice. In the event, his sister Constance confessed five years later. As a side issue, when Wilkie Collins wrote the first ever detective novel, The Moonstone, eight years later, he based Sergeant Cuff on Whicher.

Kent was able to pursue his career without apparent detriment, spending much of the last twenty four years of his life in Australia, writing The Great Barrier Reef (London, 1893) and The Naturalist in Australia (London, 1897). Another important work, A Manual of the Infusoria (three volumes, London, 1880-82), had appeared earlier.

From 1898 his home was nominally Belsito in Milford, although he spent little time there. He did, however, give Mrs Mary ‘Patsy’ Cornwallis-West of Newlands a pair of cultured pearls. This led to her son George establishing a syndicate to exploit Kent’s development of pearl culture, but Kent died without revealing his secrets.

Kent died in hospital in Bournemouth shortly after returning from his last visit to Australia.