You are here: HomenextHistorynextHealthcarenextMedical Residents 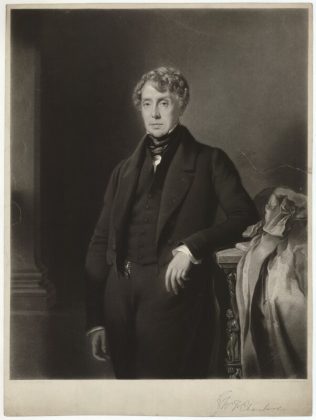 William Frederick Chambers was born in India the son of a civil servant in the East India Company. He was sent to England in 1793 to be educated at Westminster School and Trinity College, Cambridge, where he received his M.D. in 1818.

He was elected physician to St. George’s Hospital in 1816 and he went on to become the most prominent physician in London from the mid-1830’s until his retirement in 1848.

In 1836 he was appointed physician-in-ordinary to Queen Adelaide and afterward to William IV, then to Queen Victoria upon her succession in 1837. That same year Ernest Augustus, the new King of Hanover, conferred a knighthood upon Chambers, but at his own request, he was excused from using the title.

His own health was less than perfect for he had never fully recovered from the effects of a poisoned wound which he had suffered while conducting a post-mortem examination in 1834. Poor health forced his retirement from practice, and he died at Milford on 16 December 1855. His two sons each married one of the two daughters of the Vicar of Milford, the Reverend Thomas Robinson.